The Aussies face one of the toughest team across the 2019 Women’s World Cup in Brazil this Thursday and will have to operate at peak efficiency if they are to bounce back from their shock defeat at the hands of Italy with a win.

Indeed, it’s a big week for Australia across all sport, with the men’s cricket team facing off Pakistan in their own World Cup.

Just as with Steve Smith and co, Samantha Kerr and the ladies could just squeeze through with a win if they are able to nullify their opponent’s attacking prowess.

With every single betting market in this summer’s tournament available from the push of a button, you’ll be able to punt on it all. 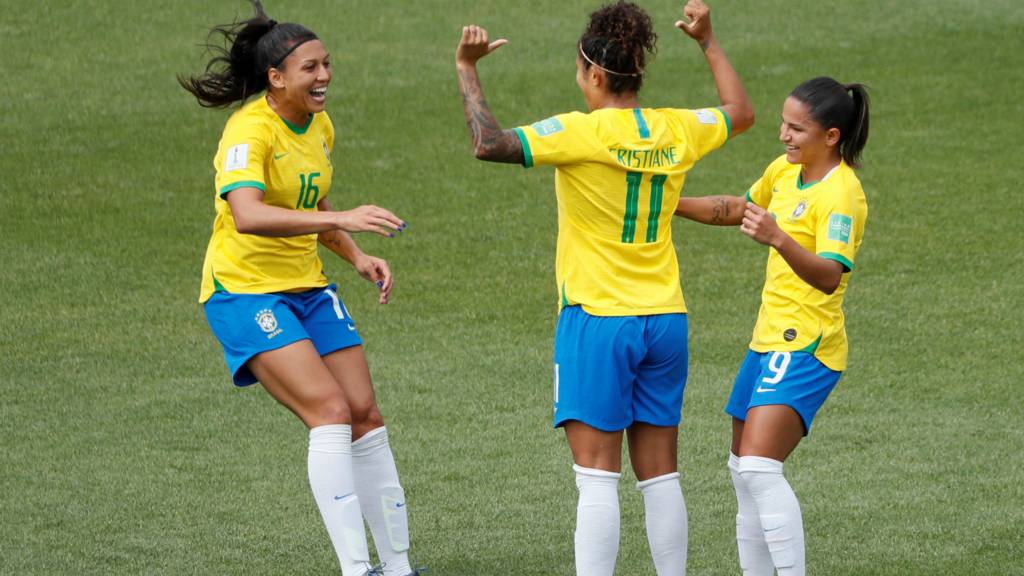 Despite the fact that the Matilda’s lost their final warm-up game to the Netherland’s by three goals to nil, they’ll be quietly optimistic of a win over the Brazilians and will take inspiration from the Scottish women’s performance against Marta’s side.

Indeed, Kim Little’s first-half strike was enough to sink Vadao’s players, thanks to a brilliant cross provided to the midfielder by Lizzie Arnot.

The Brazilian’s responded well, but aside from large swathes of possession in areas that failed to threaten Shelley Kerr’s players, there was not much in the way of goalscoring opportunities.

If the Aussies can emulate a similar performance in keeping this Thursday’s opposition at bay and then hitting them on the counter, our Australia vs Brazil predictions and betting tips are expecting them to make it through by the narrowest of margins.

And who else to lead the attacking charge than Sam Kerr?

Kerr – the all-time leading scorer in the National Women’s Soccer League – has already netted four times for her side this year, (as mentioned in our complete guide to the 2019 Women’s World Cup) and with the wily tactician that is Chloe Logarzo dictating play in the centre of the park, there is a strong chance of her making it onto the scoresheet again.

Of course, Ante Milicic will not want to write off the Brazilians, given that they have a track record of performing well on the international stage, knocked three past the Jamaicans the other day and because, well, they have Marta.

One of the stars of not just this tournament but football itself, Marta has racked up 110 goals in 133 national appearances, and could well add to that tally this summer.

If it is to be her last tournament as rumoured there’d be no better send-off than to gift her with the trophy itself.

Even the stats favour a narrow win for the Aussies – in 18 games against the Brazilians, they have won nine, and lose eight, with only a single draw being played out since their first ever game in 1988.

The most recent, and most memorable result that occurred between the two sides took place last year when the Matilda’s ran out as 3-1 winners.

A day which saw Kerr mark her name on the score sheet, alongside Tameka Yallop and Poliana.

Suffice to say, if the game is anything like that particular encounter, it’s safe to punt on our Australia vs Brazil predictions and betting tips, that state the points won’t be shared this Thursday, given the calibre of the teams involved, and the skill and attacking verve of the players featuring.

Luckily for Milicic, all the big players – Kerr, Logarzo, Hayley Raso – are fit and raring to go.

There have been minor injuries, given that the Matilda’s faced tough opposition in their warm-up games, however, Milicic’s careful rotation of the squad has ensured that their strongest XI features against the Brazilians this Thursday.

On the defensive forefront, Ellie Carpenter will look to lead the line in keeping Marta at bay.

The Aussies may even double up on her to keep her out of the goalscoring action – the kind of tactics that our Australia vs Brazil predictions and betting tips see getting them over the line.

Brazil’s record-breaking, hat-trick hero Cristiane is the one that Vadao will want to ensure is fit for the clash against the Australians.

The 34-year-old made history with her treble against the Jamaicans last week and looks to be in the form of her life, at the best of times.

Alongside Marta and Formiga, Cristiane is one head on the Brazilian hydra that could rear its face and tear apart the Aussie defence.

Meanwhile, in the back four, the likes of Monica and Tavares will make appearances to shore up the defence in what will be a tough game for the As Canarinhas.

Novibet’s Australia vs Brazil match bets are tipping the Matilda’s to win at odds of 11/10, while their oppositions are also registering at short odds of 43/20.

A share of the spoils of war is registering at 13/5, but with all the attacking prowess that will be on the pitch this Thursday, there is very little evidence to suggest that a goalless draw will play out.

In fact, there is more of a chance of a goal-fest ensuing, with the odds concerning that particular scenario outlined below…

Chelsea vs. Manchester City Preview: Who Ends Up With The Blues?